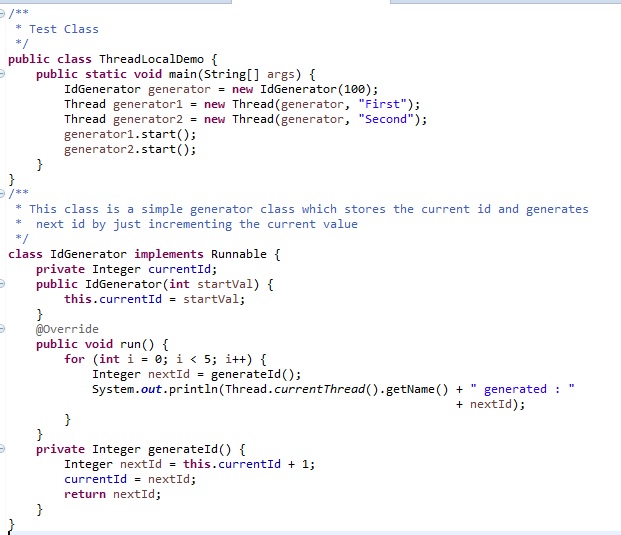 Here we are expecting two generator threads should generate IDs starting from the supplied initial value (100). But observer here in o/p,  since the threads are sharing the common variable currentId, it fails to generate the required IDs as there is only one copy of the variable for all threads. To resolve this issue we have to maintain an individual copy for each thread so that there will not be any conflict among the threads.

Example with our own custom ThreadLocal class (MyThreadLocal.java) 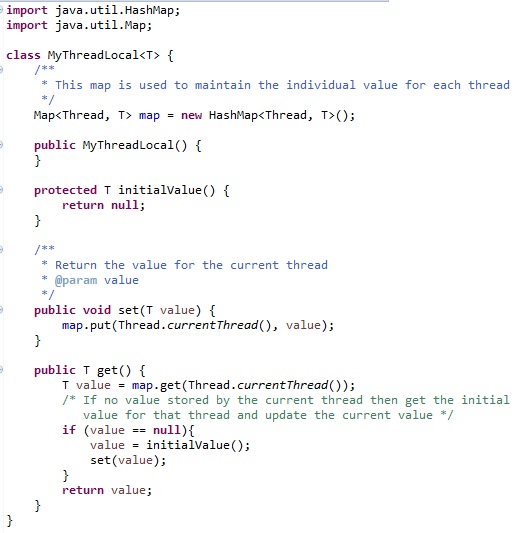 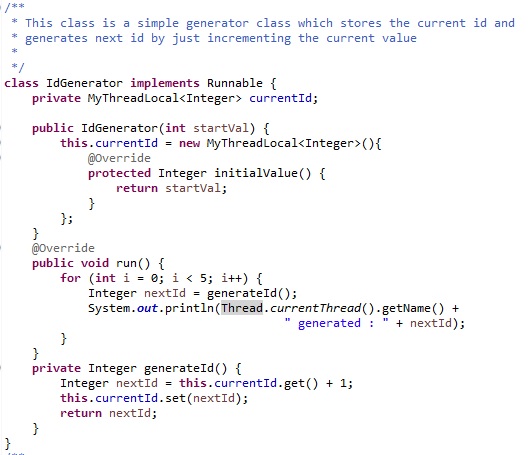 Now here each thread is generating the IDs starting from 100 individually with the same common variable currentId but declared as MyThreadLocal.

Thanking you for visiting this blog. Please feel free to share your comment/suggestion.